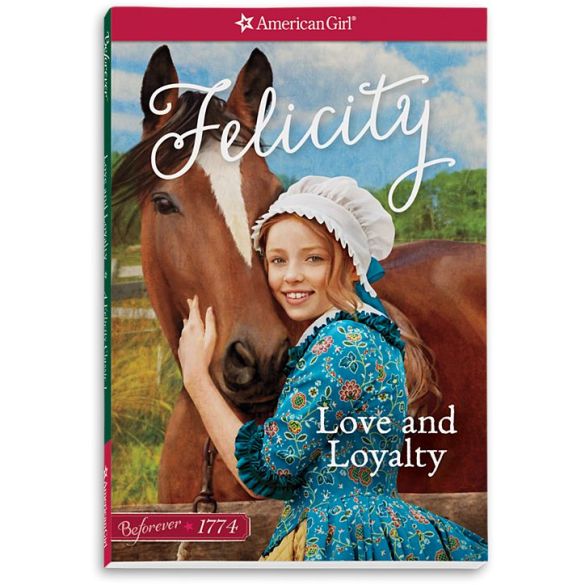 I was a little apprehensive when I first learned that Felicity was being re-released under the BeForever line. She was originally archived in the spring of 2011. That’s quite a while!

However, I was pleasantly surprised when Al bought my Volume 1 and Volume 2 for my birthday earlier this month. Reading them has brought back so many childhood memories!

If you’ve read the original six-book “Central Series” before, you’ll notice that Volume 1 covers roughly the first three books. In this case, this includes Meet Felicity, Felicity Learns A Lesson, and Felicity’s Surprise.

I easily connected with Felicity’s character, mainly because her stories are set in Williamsburg, Virginia, during colonial times. Having grown up just a stone’s throw away from the historic city (About 45 minutes), Felicity was fairly popular among my friends in elementary school. When we celebrated Colonial Days, I saw many girls dressed in the period clothes that American Girl sold – I felt incredibly jealous!

The “new” Volume 1 opens in 1774. At nine years old, Felicity Merriman is the oldest child, with a younger sister and brother behind her. Her mother is the homemaker, while her father runs one of the most popular shops in the city. He imports many goods from Great Britain, and it quickly becomes evident that tensions are rising between the Loyalists and the Patriots.

Like the other American Girl books, the historical accuracy blew me away. I felt like I was on the streets of Williamsburg alongside Felicity, as she spends time with her family, makes deliveries for her father with his apprentice, Ben, and makes a new friend, Elizabeth. I could easily feel the heat between her Grandfather, a Loyalist, and Ben, a strong-headed Patriot. Felicity herself deals with complications, as Elizabeth and her family are from England, and are devoted to the king.

Rumors of revolution begin to develop, and the theme of freedom runs throughout. Felicity fights to free Penny the horse from her abusive master. Ben wants to be a member of the militia, but knows he’s obligated to Mr. Merriman for seven years of service. One character is jailed, and the families come together to attempt to set them free. The people of Williamsburg are upset with the oppressive taxes, and set out to begin to declare their independence.

As Christmas approaches, Felicity deals with love, loss, and hardship. She learns to be less impatient and more thoughtful. She begins to grow and blossom, and develops a greater appreciation for her family, and for the events surrounding her and her city. She deals with a lot of conflict, but in conflicting times, she perseveres.

Although I miss the beautiful illustrations from the old books, I greatly appreciated the attention to detail. I felt like I was in 1774, and it was hard to come back to 2017!

My review of Volume 2 is coming soon!